EARLY CHILDHOOD WHY MUSIC APPEALS TO US

EARLY CHILDHOOD, WHY MUSIC APPEALS TO US

We have already established that everyone in the world (whatever their background, whatever their nationality) is linked to one or more types of music.  From the time we are born our bio rhythmic clock, along with our inbred attraction to our mother's heartbeat, our brain keeps in time to a pulse, a beat if you will.   Webster says it best with this description: a cyclically recurring pattern of physiological states in an organism or organ, such as alpha rhythm or circadian rhythm; believed by some to affect physical and mental states and behaviour.  Got it ? well, I think "this beat", the attraction, is best described as: when I was interviewing a Native American tribe at Lake Jordan (near Montgomery, Alabama) in 1994, Larry Campbell (Medicine Bird) told me that the drums played during a ceremony represented "Mother Earth" and it was the "heartbeat" of Mother Earth that is played at every gathering.  What this means is all Native American music handed down over thousands of years had to come from some place and where else than own mothers, the very giver of human life, could be honored in song.  Larry went on to tell me, as a sub-note that every instrument played, flutes, rattles, drums, represented some living thing. An example might be the different flutes would be owls, eagles or some small flute might represent the sparrow.  I found that amazing.  The last I heard, Larry was very sick and I have not heard from him in a long time. I did tell Larry if I every published a book he'd be right in there. He applauded that and told me always to enter him as a music lover and he is the Medicine Bird.     Larry Campbell (Medicine Bird Music Company was located at P.O. Box 272 Social Circle, Georgia 30025) (tel: 770-787-2319).

As we, as a society, progress through the years from birth to death, the attraction of music to me is absolutely fascinating and I hope perhaps I can shed some light as to why we like a certain genre of music. For myself, growing up in Columbia, Alabama, a small town of 800 people, there was not a lot to do on Saturday mornings but watch cartoons. As we all have at one time or the other watched cartoons, we all know pretty much the music used in most cartoons is classical or light jazz.  Early cartoons had the wonderful genius minded Carl Stalling to compose music for such shows as the Bugs Bunny / Roadrunner Hour.

Carl W. Stalling (November 10, 1891—November 29, 1972) was an American composer and arranger for music in animated films. He is most closely associated with the Looney Tunes and Merrie Melodies shorts produced by Warner Bros., where he averaged one complete score each week, for 22 years. 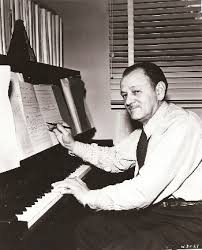 Stalling was born to Ernest and Sophia C. Stalling. His parents were from Germany; his father arrived in the United States in 1883. The family settled in Lexington, Missouri where his father was a carpenter. He started playing piano at six. By the age of 12, he was the principal piano accompanist in his hometown's silent movie house. For a short period, he was also the theatre organist at the St. Louis Theatre, which eventually became Powell Symphony Hall. By the time he was in his early 20s, he was conducting his own orchestra and improvising on the organ at the Isis Movie Theatre in Kansas City. During that time, he met and befriended a young Walt Disney who was producing animated comedy shorts in Kansas City. Stalling composed several early cartoon scores for Walt Disney, including Plane Crazy and The Gallopin' Gaucho in 1928, (but not Steamboat Willie, Disney's first released sound short). Early discussions with Disney about whether the animation or the musical score should come first led to Disney creating the Silly Symphonies series of cartoons. These cartoons allowed Stalling to create a score that Disney handed to his animators. While there, Stalling pioneered the use of "bar sheets," which allowed musical rhythms to be sketched out simultaneously with storyboards for the animation. He left Disney after two years, at the same time as animator Ub Iwerks. Finding few outlets in New York, Stalling rejoined Iwerks at his studio in California, while freelancing for Disney and others. In 1936, when Leon Schlesinger—under contract to produce animated shorts for Warner Bros.—hired Iwerks, Stalling went with him to become a full-time cartoon music composer, with full access to the expansive Warner Bros. catalog and musicians. He remained with Warner Bros. until he retired in 1958. His last cartoon was To Itch His Own, directed by Chuck Jones.
Although Stalling's composing technique followed the conventions of music accompaniment from the silent film era that were based on improvisation and compilation of musical cues from catalogs and cue-sheets, he was also an innovator. Stalling is among the first music directors to extensively use the metronome to time film scores. He was one of three composers, along with Max Steiner and Scott Bradley, credited with the invention of the click track. His stock-in-trade was the "musical pun," where he used references to popular songs, or even classical pieces, to add a dimension of humor to the action on the screen. Working with legendary directors Tex Avery, Bob Clampett, Friz Freleng, Robert McKimson, and Chuck Jones, he developed the "Looney Tunes" style of very rapid and tightly coordinated musical cues, punctuated with both instrumental and recorded sound effects, and occasionally reaching into full blown musical fantasies such as The Rabbit of Seville and A Corny Concerto.
Stalling was a master at quickly changing musical styles based on the action in the cartoon. His arrangements were complicated and technically demanding. The music itself served both as a background for the cartoon, and provided musical sound effects. The titles of the music often described the action, sometimes forming jokes for those familiar with the tunes.

Winston Sharples would be responsible for the snappy tunes found in Casper the Friendly Ghost (early cartoons)
Hoyt Curtin and Will Shaeffer - (both are credited for The Flintstones theme music.

>>  Willis H. Schaefer (November 23, 1928 – June 30, 2007) was an American composer nominated for both an Emmy Awards and a Pulitzer Prize for his work "The Sound Of America" - for the U.S.' bicentennial celebration in 1976.    He wrote background music for a number of popular television shows and composed over 700 commercials.
Schaefer was born in Kenosha, Wisconsin in 1928. His father, Helmut Schaefer, was a founder of the Kenosha Symphony Orchestra. Schaefer was educated at Mary D. Bradford High School in Kenosha, De Paul University (B.M.), and Northwestern University (M.A. and some work toward a Doctor of Music degree).  His first credits as a film and television composer date from 1948.   He served during the Korean War with the United States Fifth Army Band as an arranger and assistant conductor writing music for Radio Free Europe and the Voice of America.
Schaefer returned to composing themes for television after the Korean War with Gunsmoke and The Phil Silvers Show.   In following decades, he would compose background music for many popular television programs including I Dream of Jeannie, The Flintstones, The Flying Nun, Hogan's Heroes, The Jetsons and The Tonight Show Starring Johnny Carson.

Schaefer arranged and recorded music for over 700 commercials winning three Clio Awards. He also helped arrange music for the It's a Small World ride for Disney. Schaefer was nominated for a Pulitzer Prize for his concert piece "The Sound of America" commissioned for the United States Bicentennial. In 1978, his work on the Disney TV movie The Skytrap was nominated for an Emmy for best score.
His last credited work was the track "Now That We're Men" on the The SpongeBob SquarePants Movie soundtrack of 2004. (The music is his APM cue "Fight! Fight! Fight! (a)").  He died of cancer in a nursing home in Cathedral City near Palm Springs, California.[1]Schaeffer divorced his wife of 20 years in 1984 and leaves no children.

The show is widely known as "Stop the Pigeon" based on the show's original working title and the show's theme song, written by William Hanna and Joseph Barbera (and based on the jazz standard "Tiger Rag") which repeats that phrase so often that it is frequently mistaken as the show's actual title. In the UK, the series remains best known by the shorter name Dastardly and Muttley.  Most all the cartoon's music was supported by Hanna and Barbera. It was sometimes subcontracted by other composers such as (prior mentioned) Willis Schaefer, when Hanna and Barbera had more pressing issues.

As I researched the attraction of cartoon music to humans, especially children, one snippet of a song kept vibrating in my head. It was not composed by Carl Stalling but he did use part of the piece of music in the cartoon. This following scenario is a great example of what musicologist sometimes go through to get answers. The cartoon ? The Windblown Hare (1949). music by Carl Stalling, but I will reveal soon whom the composer of the snippet is. Here is the cartoon description: Bugs Bunny has an encounter with the "big bad wolf", at 5 minutes and 54 seconds into the cartoon Bugs and the wolf find themselves on a bicycle built for two and the two run into a clothes line to which the wolf gets "clothes lined" by the rotating arms on the clothes line. The music (almost carnival sounding, even merry go round sounding), played at this time, is the part I am so attracted to and what I researched for years.  I want you to listen to the music before I reveal what it is you are listening to:

We'll talk in detail about Warner Brothers later on another page, but here is the answer to the question you have been waiting for. (the reason I had you watch the cartoon from the beginning, was to surround your mind with the different music genre until that particular part in the cartoon that revealed the music I wanted you to hear), the time spent listening to the other music was a simulation of the time I spent in real time waiting for it to finally get to that one part. With the magic of video and play back and pause, I was able to present this video (especially the part I wanted you to hear) in its entirety.  The name of the piece is "Artist's Life"  by Johann Strauss II and can be found at youtube at the timed counter 3:10
http://www.youtube.com/watch?v=oEi1cyqKFvA  (this is the best rendition of the piece of music).
Next we'll talk about another piece of music found in the Warner Brothers cartoon that haunted me even more than this particular piece.  It involves Bugs Bunny tight rope walking with an umbrella in one hand as he balanced his way across the rope. The answer in a few.
Here are several examples of Bugs Bunny on a tight rope while balancing himself. The piece of music I'd like to give you an example of, is listed here.

As a child growing up there are several pieces of music that I remember very well; almost as they were pieces of memory that keep re-surfacing. This children's record contains two songs. 1) Who's in the zoo and 2) Monkey's are funny / When an Elephant Walks. this 1949 Star-Bright Classic record toy from the Hollywood Recording Guild, is very dear to me, it reminds me of the innocence that I once had. My sister gave it to me just a few years ago and it brought back so many memories. The date is questionable Hollywood Recording Guild is still in business but could not be contacted for comment as to the real date of release of this record # 1018-3673-1 and -2 (side a is 1018-a) and side be is obviously 1018-b
I've cleaned up the play quality for your enjoyment. thanks for listening