Today up at 6 AM gassed, oil changed, bank, headed to New Orleans to spend time with David BUT to also reseach
1. Ties from old testament and new testament church music (worship music)
2. Ties from African tribal music (coming in to New Orleans 1700, and how that transitioned into classical, early jazz and zydeco music).

First at NOBTS (New Orleans Baptist Theological Seminary), Wednesday Oct. 8th, Contacted Eric head of the research dept of special collections at library@nobts.edu
My friend Harry Eskew the author of Singing with Understanding also presented some cassettes of lectures he had given sometime in the 36 year time frame as professor of music at NOBTS, I am trying to get copies of those using David's computer with AUDACITY attached. 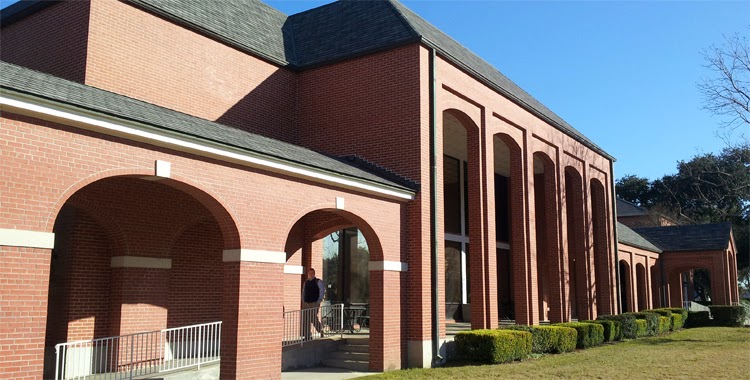 NOBTS Music Library, Eric Benoy was here and made sure that I had all of Dr. Harry Lee Eskew's cassettes, books he'd written and even a vhs tape of a NOBTS Chapel service from 1999. I was so pleased that just because I am dad to a student here they treated me so very well and with open hospitality.  I was really enthused when Eric came to my aid when one of the cassettes were marked incorrectly and he went in just a few minutes and found the correct tape. I showed Eric what it was I was doing (taking AUDACITY and play the cassette and transferred it from cassette player to computer). I promised him I'd make him a set of copies and put it on cd and send it to his attention.  I slept in late about 12:00 David came back from class, we ate lunch and I headed to the library, as I said everything was already laid out for me to begin my research. Dr. Eskew's knowledge of hymnology should answer some, if not all my questions about the transition of music from old to new testament, whether it is sacred or secular.  I can not help but think the people that Harry Eskew had come in contact with, and now passed on, their spirit helped me with finding just the right thing to pass on to you.  The right thing being "interesting and mind blowing facts about music".  When I return to Alabama I will be a changed man, having sunk myself into the marvel minds of the early 19th century. There are to many to tell about here.  Dr. Eskew's book (his book entitled The Life and Work of William Walker) is so rich of history from a lifetime when life was simple and not rushed. When learning history was a pleasure and not a task. It is with that I start this portion of my search for NOBTS Sacred Music.  Not published in book form (the only copy I know is at the NOBTS Music Library) and it's in their special collections is his William Walker reserach book. This was actually his thesis examination given to him on April 26, 1960.  I can not make out all the names of the professors that signed off on his thesis but I'll try to list them. Dr.  Claude H. Rhea Jr., Beatrice Collins, Frances Brown, Joan Godsey, Clifford E. Tucker, Gantes L. Stephens, Wallace C. Mckenzie and Dr. W. Plunkett Martin.  Dr. Martin is referecned many times in the acknowledgements and thank you pages.  There is so much information about the book alone but I'd be remiss if I didn't take time to say that he is acredited to composed and logged in about 1250 songs into his 1835 Southern Harmony, 1845 Southern & Western Pocket Harmonist, 1866 Christian Harmony and childrens song book 1869 Fruit and Flowers. One word, incredible.
Shape-Note Hymnody in the Shenandoah Valley 1816-1860 is another gem of Dr. Eskew’s brilliant mind. This extensive study is a result of many years of research set in another book that I don’t think was published per say where on can get a copy of it, the only copy I know of is here at the NOBTS special collections.  I marvel at the research that he has done to keep this art of scared harp music alive for many years. His dissertation was submitted to the Dept of Music at the Uni of Tulane April 1966, Gilbert Chase, chairman and Peter S. Hensen and Robert Preston signed off on his dissertation.
His research begins with the Pilgrams coming from Amsterdam to Plymoth Rock in 1607. The Shenandoah Valley of Virginia is an area of prime importance in the transfer of the center of activity of the American singing-school movement from New England to the South and West, beginning as early as 1790 and reaching fruition by the third decade of the 19th century. This series of Shenandoah Valley publications began in 1816, and maybe as earlier as 1813) with Ananias Davisson’s (born 2/2/1780, first stated printing music around 1816) Kentucky Harmony and closed in 1860 with the 10th edition of Joseph Funk’s Harmonia Sacre. Various spellings (Rockingham Deed Books) show Ananias Davis, Ananias Davidson.
Eskew’s other books include but are not limited to Music of the North American Nation1780 to 1820, Hymnology in the Service of the Church, Church Music in Baptist History, Singing with Understanding and the before talked about Life of William Walker. 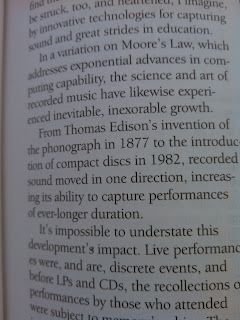 Oct 10th (Friday) Up at 8AM showered and ate breakfast with David. Went by the Sellers Music Building on the way to the Cafeteria.  Then we headed to the National World War 2 museum downtown. I see why music played such a key role in the war and war effort, it was so intense and pure hell on earth that just to hear the pieces of music playing in the background of Glenn Miller, Tommy Dorsey, Kay Kyser, Ray Noble was soothing. The pictures of death and destruction in a chronological order from the war against Germany and the war against Japan was so shocking that the museum really shows more than what you see on tv. I was so overwhelmed with the uncensored pictures, some even graphic, I cried in the corner, it was to much to take in.  As you make your way through the museum that takes up almost a city block, every turn is another tank to scale, another plane, gun, weapon, it would take a heart made of stone to not feel something incredible here. World War Vets take you on tours of this magnificent achievement of glass, concrete and steel. How does music play into this ? It's simple, the war as bad as it was, marked in history a new era of music that was more than swing it was HOME. Everything about soldiers being in France, Germany, Japan, over seas, was made real by the music that they took with them or heard on radios from the United States. 1941 to 1947 was a solemn time as much fighting that was going on at the time, anything that reminded you of home was a good thing. 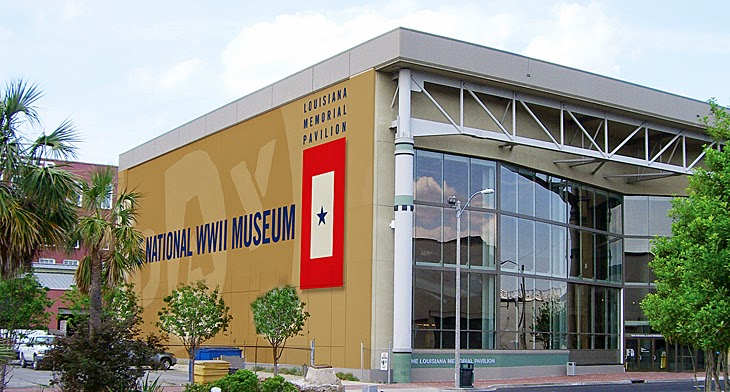 It's no wonder that people of the 40's and 50's relied on music much more than we do today. It was giving code, telling stories, sending messages, communicating to love ones over seas and abroad.  The Fort Rucker Museum, near Ozark, Alabama is great (it's near home) there is no doubt about it, but this, going and seeing this wonder was an awakening trip to me today.  Songs like "Sentimental Journey", "I'll be Seeing You", "I Only Have Eyes for You", "Moonrise Serenade",  and here are a few more........................

Every lyric, every phrase of these songs, meant more than just words to the GI's fighting for our freedom. Glenn Miller said it best "I can't stay in the United States, I have to play for the boys over seas". WOW, something so taken for granted as music was a great dose of medicine for the home sick soldier.

MORE about that later, and a SHOW ON WSGQ (103.3 Columbia, Alabama) about this too.

Saturday Oct. 11th (1000 Decatur Street) The Market Cafe.  Located in the heart of New Orleans French Quarter is Decatur Street and there at number 1000 is The Market Cafe. There David and I had lunch. David and his introduction to me of  the "muffuletta sandwich". I had no idea but oh me it was great, one of the best tastes that I experienced during my time there these past few days.  I had the traditional Greek gyro and it was outstanding. So, what makes a great lunch like this even better ? New Orleans light jazz or blues played by a maestro of the art. I am speaking of Darrel "Sugar Bear" Francis.  His voice is past amazing. He doesn't have  the raspy "smoked to many cigarettes" New Orleans traditional voice. No, his is smooth and articulated and his passion is his bass. Let me take a few minutes to introduce him to you.
The Darrel "Sugar Bear" Francis Quartet, or The Jazz Cats, consisted of Darrel himself,  Steve Allen on sax, Julian Garcia and Eric Robinson.  As I walked up and down the streets of the French Quarter and was introduced to different people,  items of musical interest and musical historical stories that I will try to compile for you here on this music blog, David and I walked past and came back to eat lunch at the Market Cafe not just for the food but the music took my breath away. This man could sing really good. I guess Darrel is in his early 60's or mid 50's (forgive me if I am wrong Darrel) and his playing gave me the impression that he'd been doing it for a LONG time. A friend of his (now passed away is David Armstrong. David and he played in Dothan and played other places, there was to little time to do a full interview with him. Perhaps later. What I did get, is that he'd been playing for a long time and he loves jazz and playing the blues.   Once he was asked what kind of music do you like to play, his answer "Some folks like to hear "Sugar Bear" some like to hear Darrel Francis", when asked what did he mean by that,  he replied "some people want to get "loose" in their toe taping and humming along, that is "the sugar bear", some want the sophisticated style of Darrel Francis (in a three piece tux playing the blues or light jazz".  For me ? I loved the laid back style of the Sugar Bear. I will let you know what I find out about David Armstrong's wife Zoey whom still lives in Dothan. She should not be to hard to find for this probing musicologist.  As for Darrel, I have sent him an email approving a few songs from his "New Orleans Too" cd to entice you to get a copy of his cd for yourself. They are past great. 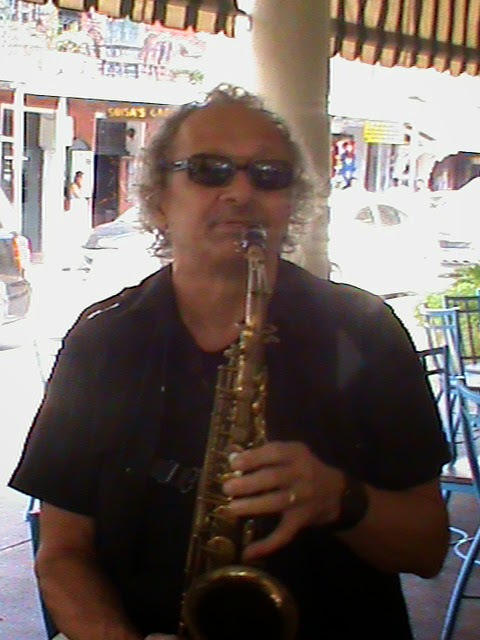 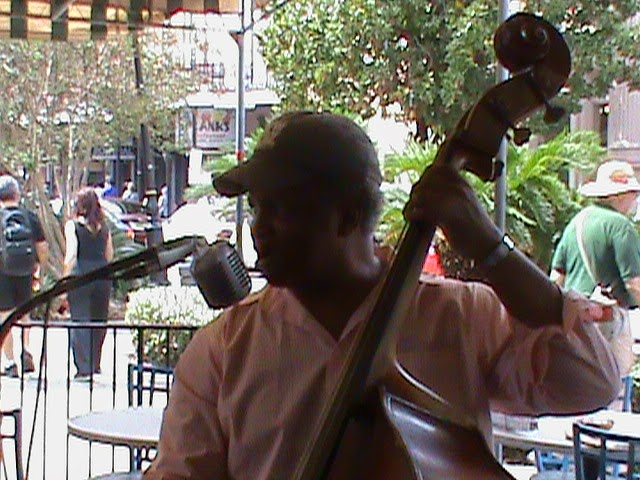 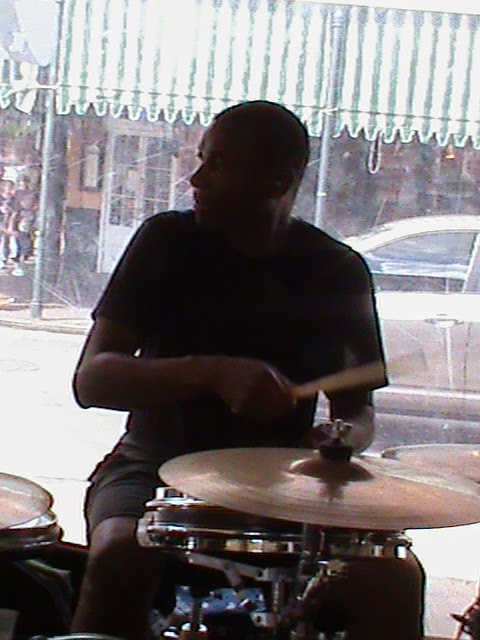 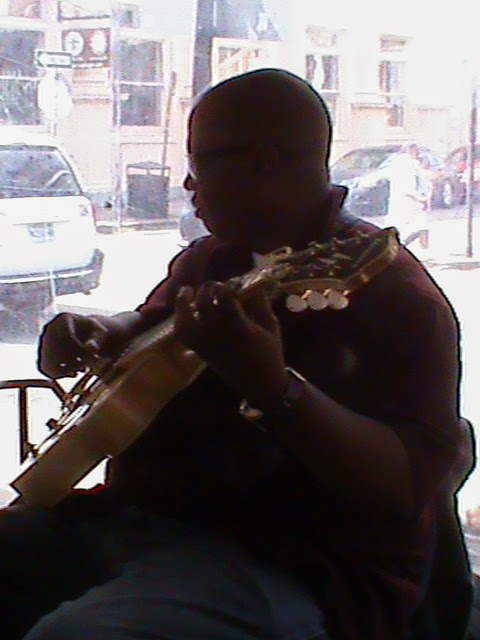