Oedipe A Colone by Antonio Sacchini

Oedipe A Colone by Antonio Sacchini
Story by Scott A. Gamble   (Jan 1996)

and I thought for a brief moment Antonio Sacchini must have thanked
me just a little for sparking life into this beautiful opera.  Daniel and Carrie's pages can be found on this website and I am so very excited to have both attached to the sight because you see, I swore before God in front of both of them I'd find them and make them yet "famous" in my own way....and you know I will. 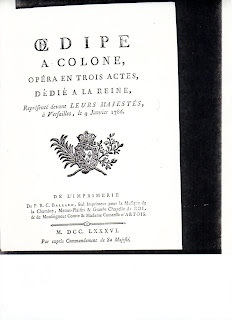 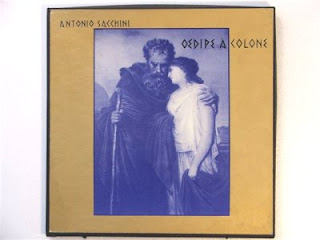 and Carrie's website is:
now a little about the both of them....first of all Daniel McLaughlin still sings professionally .

http://www.youtube.com/watch?v=zcR688CF_hw   (this is the entire opera) (at the beginning is a great example of the overture).


http://www.youtube.com/watch?v=-wlU81bSI3Y (a beautiful aria by Roberta Invernizzi) if you like this piece then sign the petition for the release of her Handel-Vivaldi album!http://www.gopetition.com/petitions/handel-vivaldi-album-with-roberta-inverni...

The great outcome is that I have two great copies of the The 3 LP set was numbered MRF 153S, I sell not the cd but the service to apply the 3 LP on to cd, the cd is free. Let me know if you'd like a set of the original.